My Gran is a Werewolf

Through Jess’s diary we discover her crazy quest – to save her dear old gran from being a werewolf. It starts when Gran is babysitting and starts behaving strangely. Then a werewolf turns up in Jess’s kitchen, wearing Gran’s clothes! Jess soon realises that her gran and the werewolf are one and the same. She needs to join forces with Jacob Galleon, werewolf expert, to save her gran from the werewolf hunter, Colonel Stamper. She doesn't have long – the next full moon is only a month away! 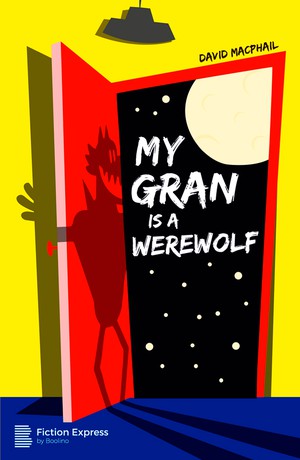 Legend has it that the first Werewolf was created by the Greek God, Zeus.

According to the famous Roman poet, Ovid, this was a man called Lycaon, who was King of a place called Arcadia. Zeus was angry with Lycaon for playing a practical joke on him, so Zeus turned him into a wolf.

And that, my friends, is where we get another word that is commonly used to describe Werewolves –

Many people would find this condition to be something of a hindrance, but not Lycaon. He went on to found a city and start up his own version of the Olympic games. GOOD DOGGIE!

Anyhoo, how are you enjoying My Gran is a Werewolf? What do you think Jess should do now?

Can you think of any funny things we could get Gran to do as the full moon approaches and the werewolf starts to come out?

Do you suspect you have been bitten or scratched by a werewolf? Here are the signs and signals you should look out for.

At the end of this week, you'll read the final chapter of My Gran is a Werewolf. But we're not there yet, oh no, not by a long stretch! You, the readers, have a chance to shape the ending of the book. Each of the choices you've been given will twist the story in a different direction. Even I have no idea how it will pan out. So choose well....HOOOWWWWWLLLL!