James Dobie is a kid who enjoys the quiet life. He enjoys blogging about health and safety, and building models of famous ships. He often finds himself the target of the school bully and has few friends. But when James visits the funfair, he finds himself in the hall of mirrors and his life takes a very unexpected turn. Who is this cool alter ego he encounters, and what changes will be brought into James Dobie’s quiet existence? 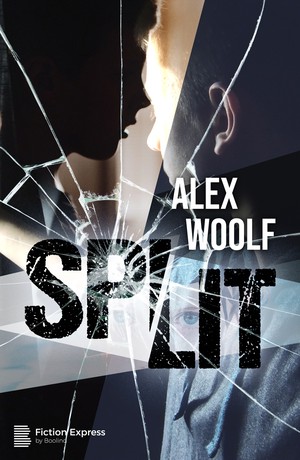 I like this book a lot because it was very interesting, and it was very cool seeing how the story developes.

I really liked this book, because i think it can teach its readers a lot about are personalities and how many people aren´t what they seem. It teaches people that they can seem to be what they actually are not. I would recommend this book to everyone in my age category maybe to people of one year younger.

Well, I guess now that we know how this story ended, I feel obliged to write an opinion about it, since I sort of predicted the book's ending in my last post. On the whole, I consider it a solid and intriguing, if maybe a bit underwhelming for the exceptionally high standards its previous four chapters had set the bar at. I think there were some good moments of self-awareness for the universe you had built up in this chapter, like when Zelia and Nigel are finally exposed to the reality of there being 2 versions of James, or with Matilda's character arch being reinforced early on, which helps building up the whole world around Jay and James's showdown.My only concern with this final chapter is, well, the finale. I'm sorry to everyone that does understand and like how the book concludes,but Jay practically running away as soon as James finishes riding on the carrousel seems completely untrue to his character model which had been so meticulously built up over the book. I think James finding new self-confidence about himself and fighting to the last to not end up in the Mirror World could have been a better ending, but this may come down to my vision of how these characters are and not yours, so I might not see things in the same way that you do. I would love to know what was your reasoning behind the end!

This student has recognition for a good comment in the book forum.ssbuMrAlf 13 December 2019, 10:31 a.m.
See all comments